Forty-five years after arriving with her Palestinian family in Palestine, Payla Arinas-Qumsieh has finally received her legal recognition under the family reunification agreement.

Qumsieh expressed her great happiness when she saw her name on the list of 500 names issued by the Palestinian civilian ministry of which Israel has agreed to issue them their legal documents as Palestinian residents.

Qumsieh who is living in Beit Sahour told Maghtas.com that she suffered a lot during these 45 years without any legal documentation and therefore no right. “I arrived from Chile with my parents when I was five years old and my Chilean mother and I have suffered a lot all these years in which we had no identification papers which meant that she couldn’t pursue her studies or carry out any activity that required a legal ID.” She said that in all those years she was never allowed to feel like a Palestinian. “Palestinians used to refer to me as the Chileans and when I would visit relatives in Chile they would refer to me as the Palestinians even though I didn’t have either Palestinian or Chilean legal documentation of nationality.”

Although Qumsieh is happy to have been included in the family reunification list she is worried about her daughter who left in 2018 to study abroad and has been denied reentry by Israel to be with her family because her mother was not given the legal documentation of residency.

Another happy couple is the family of Reverend Danny Awad pastor of the Baraka Presbyterian Church in Bethlehem. He was a happy husband when he saw the name of his wife Jocelyn Libalib on the list of those included in the family reunification list.

Labalib has been suffering along with her family of her husband and three young daughters for not having documented residency. Pastor Awad told Maghtas.com that they have been waiting nervously to see who is on the list of those Israel approved for family reunification. “We were full of joy and thanked the Lord when we saw her name on the list.”

Rev Awad and his new Pilipino fiance’ arrived in Bethlehem in 2001. He was doing his university studies there when they met and they returned to be married in Palestine. Since then the family has been trying to obtain a Palestinian identity document that can give her basic human rights but this has not happened since despite the marriage and the birth of three girls.

Awad explained that in any normal country and, based on international law, married couples are allowed to be unified. “But under occupation, we face racist policies that have prevented thousands of Palestinian families from the basic right of family reunification.”

The Palestinian clergyman explains the difficulties that his wife faced every time they needed to travel. “It makes no sense that our three daughters had legal documentation of residency while their mother was not allowed to have proper Palestinian papers.”

Jocelyn Libalib Awad told Maghtas.com that her biggest fear throughout the past twenty years was when she would travel to see her family in the Philippines and worry that the Israelis will not allow her back to Palestine.

Their family like so many others who don’t have residency documents had to always go through a lot of tensions and worry as they tried to obtain a permit to leave and a re-entry permit to return. “These documents are very complicated and made difficult by Israeli authorities to be issued and as a result, many families were unable to return to their homes and the family was spirited.

Issam Aruri the Director general of the Palestinian Human Rights Commission told Maghtas.com that Israel has made the international obligations towards people under occupation to be treated as gifts that it gives at its own discretion. “Article 13 of the Universal Declaration of Human Rights states “Everyone has the right to leave any country, including his own, and to return to his country.”

Aruri noted that many family reunification cases are simply Palestinians from Gaza who live in the West Bank and whom Israel refused to register because of the elapse of the travel permit that they possess. “This is also in addition to the fact that Israel has refused to honor its own commitment in the Oslo Accords to allow Palestinians who left the West Bank and Gaza in 1967 to return to their homes.”

Hundreds of Palestinian families especially women married to Palestinian men are denied this basic right of family reunification. They are constantly living under the fear of expulsion without warning in addition to the fact that they are denied basic rights such as travel and work and even traveling without west Bank cities.

Some divided families have to travel to nearby countries, usually, Jordan, just to be reunified with their broken up families, while others are granted the “gift’ by Israel of allowing their loved ones to come for a short time-restricted visit. 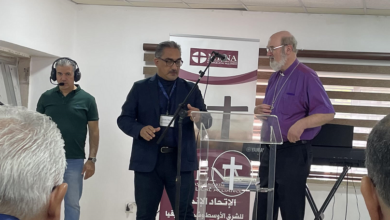 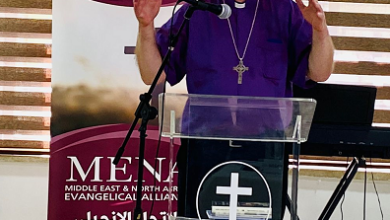